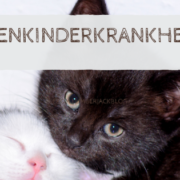 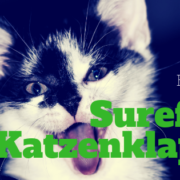 SureFlap cat flap (here at the best price of $99  *) uses all common implanted microchips. The cat flap recognizes your cat and opens automatically when it approaches the door. This is an intelligent cat inlet system that gives your cat easy access to the entrance door.

This SureFlap cat flap has a central magnet that prevents the flap from swinging, which gives your cat more security.

Cats with an implanted chip have the advantage that they don’t have to wear extra collar pendants. Especially for cats who reject collars, this is a good solution. It also happens again and again that cats strip or lose their collars, so this is the perfect solution. However, if you are against microchip implantation for your cat, then SureFlap offers an alternative solution in the form of a collar pendant, which performs the same function as an implanted chip.

The SureFlap cat flap is suitable for households with several cats, with its storage capacity it can hold the information for 32 cats.

The selective entry function of the SureFlap cat flap prevents unwanted wild animals or neighboring cats from entering the house. However, any cat can leave the house regardless of the presence or absence of an implanted microchip.

The unit uses a manual 4-way locking system that allows cat owners to manually program any combination of output and input. It is a good solution if your cat is often bullied by other cats or if your cat wants to get in or out frequently. Often cat owners don’t even know how often your cat would like to go out once it has the chance to be independent. Or how often she would come from her rambles briefly into the house, for a short cuddling session with you, to then immediately rush back outside again.

Dimensions of the SureFlap cat flap:

The SureFlap cat flap works with the following microchip codes:

In some cases the Microchip number may not be compatible with the cat flap. In this case you can also consider the SureFlap pet flap in addition to the collar solution. This version is perfect for small dogs and larger cats and is also compatible with almost all microchips.

How does SureFlap cat flap work?

When the cat with the microchip approaches the door, the built-in scanner in the doorway reads the microchip and recognizes the unique ID contained on it. After recognition, the lock is automatically unlocked so that cats can open the cat flap with their head or nose. This unit also works with passive RFID technology, i.e. the locking mechanism for opening is not exclusively triggered by an implanted microchip. This can also be opened by a collar pendant.
The inner frame of the SureFlap cat flap consists of two sensors, a motion sensor and a radio frequency (RF) reader, which is activated by the motion sensor to read the microchip. After the microchip ID is detected, the lock is automatically unlocked. To do this, the cat must press the cat flap to enter. Behind the cat the SureFlap cat flap closes again automatically by the magnet in the flap.

The time between unlocking and locking can be adjusted. If the cat flap is still new for the cat, the time should be slightly increased. Later it can be reduced as the cat will be used to the cat flap and will walk through the door immediately.

The various SureFlap cat flap settings of the 4-way lock.
These settings are adjusted by turning a knob on the inside.
Only pure – With this setting your cat is allowed to come in, but it cannot go out by itself. Especially helpful during upcoming visits to the vet. Or if there is another cat outside, but the cat inside should not go out.

2-way – With this locking system cats can go in and out.

Outside only – With this locking setting, the cat can no longer enter as soon as it gets out. If you’re expecting visitors who are allergic to cats, this setting will help you.

Locked – The door locks completely. It keeps the cat inside all night. Or when you travel with the cat, this setting should be turned on.
The SureFlap cat flap only has a microchip scanner on the outside. If you also want to select the output, the SureFlap DualScan Cat flap* the better product for you.

The SureFlap cat flap also has no timer function. The in and out stride must be adjusted manually. However, the SureFlap Microchip pet flap offers a timer function for small dogs and larger cats. This can be automatically set to lock or unlock at specific times.

It is expected that the batteries will last a maximum of 12 months, depending on the number of cats using the cat flap. It also depends on how often the motion detector is triggered. When the batteries are empty, the door locks by default.

This can cause your cats to remain locked or locked out. Prevent this by checking SureFlap’s battery life indicator from time to time. On the top of the cat flap there is a small red LED that flashes when the batteries are weak.

This unit consists of two parts and is held together with screws.
The following materials and tools are required for installation:
1. screwdriver
2. drill
3. jigsaw
4. pin
5. spirit level
6. tape measure

For the installation of this cat flap in metal doors an adapter is necessary. This prevents metal from blocking the radio frequencies. Especially if the door is made of steel.

SureFlap can be installed by following the instructions in YouTube Video. It is not necessary to install an adapter in wooden doors.

Depending on the wall thickness, one or two SureFlap tunnel extensions are required for wall mounting. The usual cat flap without tunnel extension is suitable for walls with a thickness of 5 cm.

The installation of SureFlap on windows requires an adapter if the window is made of glass. The circular adapter has a diameter of 28 cm. Here you should hire a professional glazier to cut the hole.

Installing the cat door into an existing hole

When installed in a conventional cat flap opening, there is a gap in the height and width of the opening. The cat flap mounting adapter is recommended to cover a larger hole.

What are the advantages and disadvantages of the SureFlap cat flap?

Manual 4-Way Lock Setting (On Only, Locked, 2-Way, Off Only)
Reliable operation
Easy microchip programming by simply pressing the button and allowing the cat to pass.
Has a battery life indicator
Good battery life
The cat does not have to wear a collar with pendant.
Also works with collar pendants.
Uses RFID technology
Strong magnets for faster closing of the door.
There is no chance that other cats and intruders carrying an IR tag or magnet will enter the cat door.
Has a weatherproof seal.
Well built
Simple installation process

Due to the selective access function, the door is only locked inwards. This makes it theoretically possible to open the door from the outside by pulling the flap. Here the SureFlap DualScan version is better.
Has a relatively small opening. Larger cats can have difficulties when entering.
Strong magnet that makes it difficult for cats to open the door.
It is not compatible with 10-digit microchips starting with 00, 010 and 020.
Clicking noises can deter cats.
Improper placement of the microchip will prevent the RF sensor from reading it.
Cats must stand still near the tunnel of SureFlap so that the microchip can be read.

In case you don’t want to implant a chip into your cat, you can buy a microchip and attach it to the collar.
Getting used to the clicking sound of the cat flap when unlocking can be difficult for some cats. To help your cats get used to the clicking sounds of the device faster, you can fix the flap with tape so that the flap is completely open. This reduces the time you need to get used to the cat to a minimum. However, some cats need a few days to weeks to get used to the sounds and use of the door.
If the implanted microchip cannot be read, it is likely to have slipped. But the vet can bring it back to its original position.

SureFlap microchip is not recommended:

When it comes to locking out 100% of wild animals. Smart animals can unfortunately pry this cat flap open.
For large and or fat cats with a weight of over 5.5 kg. Large cats have to compress their body just to get into the cat door. In this case it is best to use the SureFlap pet flap.
For cats with a 10-digit microchip starting with 00, 010 or 020.
For installation in thick walls
For elderly, disabled and cats with arthritis

Based on the features and user reviews we can say that the SureFlap cat flap is a reliable product for cat owners. The latest version has improved as it unlocks more quietly. Although it’s still audible, cats are getting used to it.
Cats weighing 5 kg can easily pass through the flap. However these cats, which weigh more than 5.5 kg, must push themselves noticeably through the flap. Here the sister product SureFlap pet flap offers itself, which is a larger version and is also suitable for small dogs. 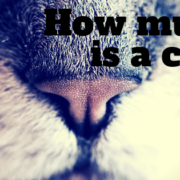 Before you buy one or more cats, you should be aware of the costs. With the acquisition costs alone it is not done, one needs besides a basic equipment and must carry over many years the costs for food and cat litter as well as for the veterinary surgeon. Veterinarian costs are as good as […] 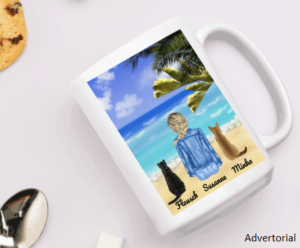 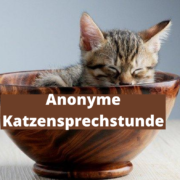 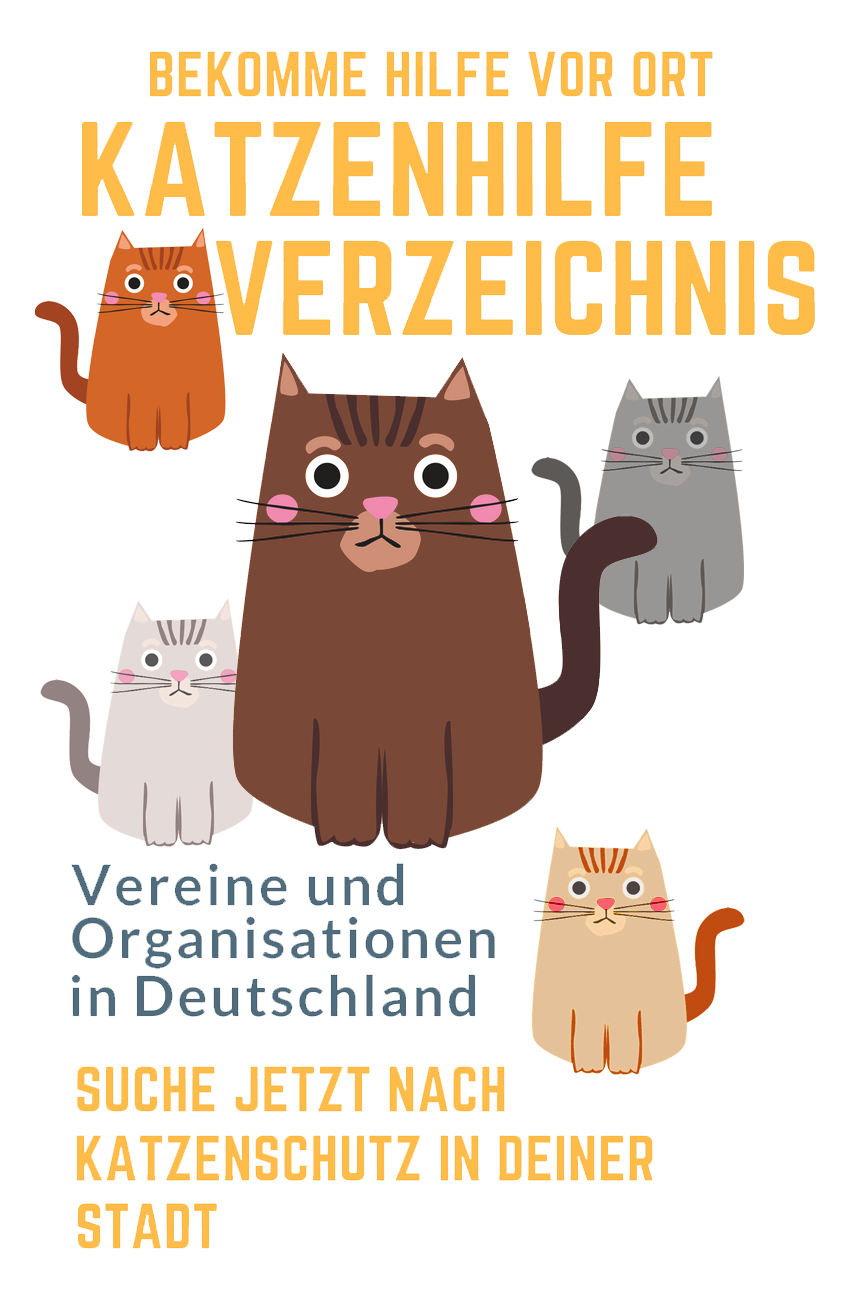 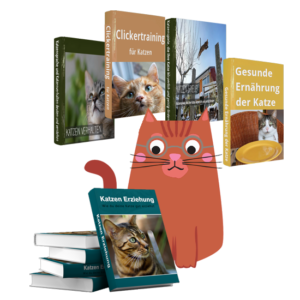 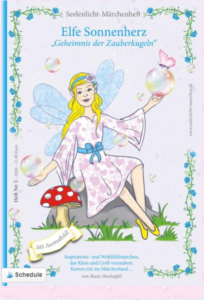